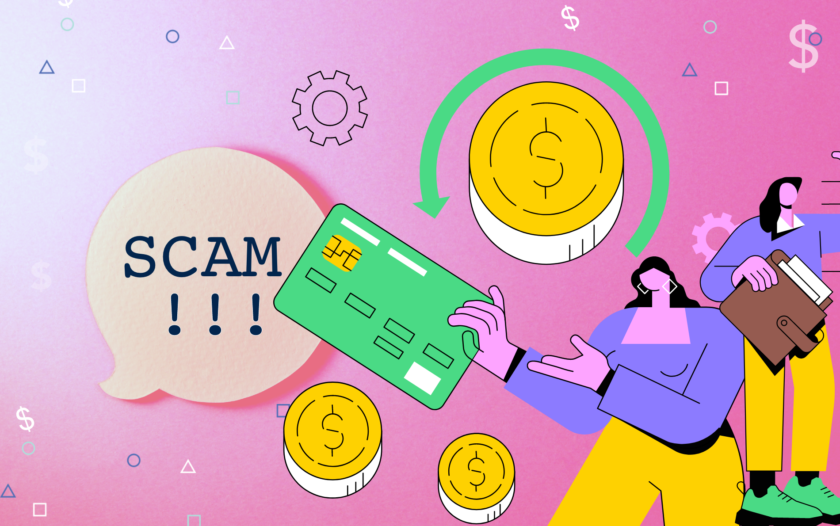 A mother and daughter duo allegedly pulled an $850,000 credit card scam using chargebacks. Chargeback fraud is incredibly common – here’s why and what you need to know about it.

A mother-daughter duo just took a page from the movie “Heartbreakers.” Karan Geist, 61, and her daughter Alyssa Geist, 33, allegedly pulled an ambitious $850,000 credit card fraud scheme that involved stealing from banks and merchants to fund lavish vacations and designer purchases, according to the New York Post.

“This is a 13-year scheme that involved thousands of credit card transactions whereby Karan falsely reported — even though she incurred legitimate charges — as fraudulent,” said Assistant District Attorney Catherine McCaw at the Supreme Court hearing where the mother and daughter were indicted.

This is an incredibly common scam sometimes referred to as “friendly fraud” – or chargeback fraud – and there’s nothing friendly about it. Here’s how it works: A consumer buys something or uses a service, then calls their bank to dispute the charges as fraudulent and get a refund. They never deal with the merchant directly, and they keep the item or have already used the service.

It is alleged that Karan Geist falsely disputed $850,000 from 14 credit card companies between 2008 and 2021 and later roped her daughter into the practice, disputing transactions ranging from Chanel bags and hotel stays to a vet bill and Dollar Store purchases and getting refunds.

You hopefully aren’t using your credit cards to commit scams, but if you need to consolidate your debt here are some options.

Why chargeback fraud is common

You may be wondering: How could something like that even happen? Well, here’s how. Owning a credit card comes with the unfortunate risk of fraud. Nearly half of all American adults (around 127 million people) have had a fraudulent charge on their credit or debit cards, according to a Security.org report. In a way, this is what makes chargeback fraud common, even though it doesn’t target consumers but banks and merchants. Financial institutions have mechanisms in place to protect credit card owners from being defrauded, and this provides loopholes that scammers can take advantage of.

Chargeback fraud is a gray area because there are legitimate reasons to ask for a refund that way. For example, if a merchant didn’t deliver a product or service that you paid for and is not responding to your emails, it’s an avenue that you can take to protect yourself as a consumer.

Credit card companies can’t individually assess each chargeback request to determine which ones are questionable and which ones are legit, especially when purchases are made online and eCommerce fraud is a widespread issue.

The worst is, if someone gets away with receiving a refund once, it can become a habit and possibly turn into a full-blown con. A study by Juniper Research revealed that customers who have had a successful chargeback are nine times more likely to repeat it, according to a CTV News article.

This is an incredibly common scam sometimes referred to as “friendly fraud” – or chargeback fraud – and there’s nothing friendly about it.

According to Chargebacks911, there are two areas of chargeback fraud – unintentional vs. deliberate – and one is more malicious than the other.

Examples of unintentional chargeback fraud include cardholders experiencing buyer’s remorse and not contacting the merchant, a family member making a purchase without a primary cardholder’s awareness and against their wishes, or a cardholder misunderstanding the process for getting a refund or not being qualified for one because the time limit has passed. Deliberate chargeback fraud involves the intention to keep things for free, even if that intention comes later in the refund process. “The cardholder initiated a dispute for valid reasons, but then realized the process was simple, and decided to keep the item,” describes Chargebacks911.

As a cardholder, being vigilant about scams is key. In this case, you want to also be mindful of not unknowingly becoming a credit card scammer yourself. If you must request a refund or dispute a purchase, always start by reaching out to the merchant first. Document your communication (or attempts at communication) with the merchant before contacting your bank to make a chargeback request.

Finally, be aware that the number of sketchy service providers and online stores is growing – ideally, you want to avoid having to go through the chargeback process because you fell prey to a scam in the first place. Scams are especially rampant in the world of personal loans, so do your research to find credible lenders.

If You Live in One of These States, You Probably Have Terrible Credit Card Debt