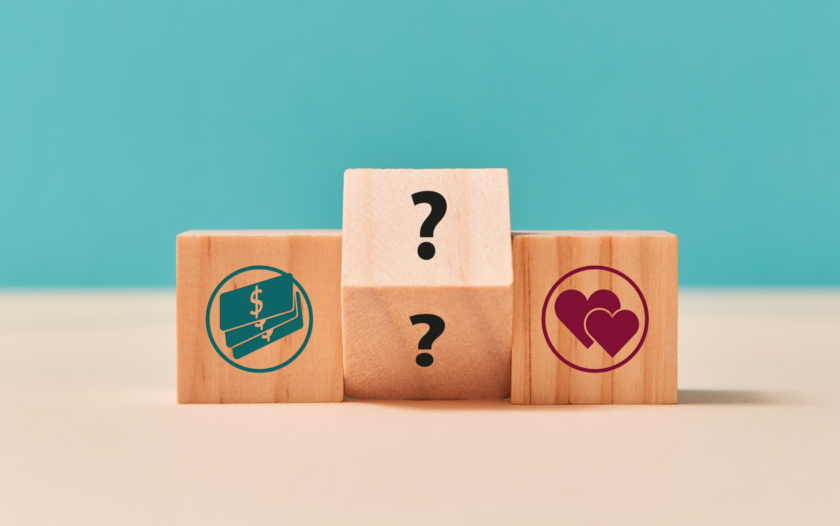 Being married and sharing finances can have advantages – hello, combined income and joint tax return! But more and more Americans believe it can have downsides too, according to a survey by National Debt Relief.

Debt is starting to be a deal breaker in relationships and a deciding factor in staying unmarried or breaking up marriages: Three in five survey respondents reported that they have considered delaying marriage to avoid inheriting their significant other’s debt. And most of the people surveyed believe that a partner’s debt is a good enough reason to get divorced.

Credello’s recent love and debt survey also showed that 49% of people would be more comfortable dating someone if they knew their financial status early on, and that one in four people would like to see debt status on a person’s dating profile.

Why attitudes about debt and marriage are evolving

It makes sense: Social expectations around marriage are changing. Choosing to opt out of marriage is no longer that much of an eyebrow-raising choice. Plus, if the student loan crisis and the fact that the average American has $90,460 in debt are any indication, most people nowadays have debt of some sort. If you’re dating and considering making legal commitments to share finances, considering the amount of debt each person is bringing into the marriage is a perfectly legitimate concern.

So, is staying single better?

Should you go as far as avoiding getting married because of your debt? And is being single better? “There are a few key ways being single can be helpful when it comes to debt. For one, you don’t have the added financial burden of another person to consider when making decisions about money,” says Andrew Bryant, financial expert and founder of Credit Weld.

“You’re also in a better position to make a concerted effort to get your debt under control, since there’s no one else dependent on you financially. And, finally, if you do happen to get married down the road, having a solid history of being debt-free will put you in a much better position to start your new life together with fewer financial concerns.”

If you find a partner who is also debt-free, that is. Or if you decide that you do want to get married, but want to wait until both of you are in a better place financially before tying the knot. You could also look into debt consolidation together and make a plan for tackling your debt as you enter marriage – check out this debt consolidation loan calculator to take the guesswork out of the process.

The point is, being single is not automatically better. Having a fulfilling love life and a thriving bank account takes effort and communication regardless of your debt or relationship status. It also takes shared values about money and lots of transparency. And the benefits of successfully navigating love and money do still stand.

“Should you happen to marry someone who wants to pool resources and has a similar outlook than you, then you are more likely to grow wealth faster, taking advantage of compound interest and tax benefits. Which, in turn, can lead to paying off debt faster. Overall, money, debt, marriage and divorce are more about you and your partner than your situation,” says Scott Nelson of MoneyNerd.

How Can You Get and Read Your Credit Report?

Are Women Set Up to Fail When it Comes to Money?