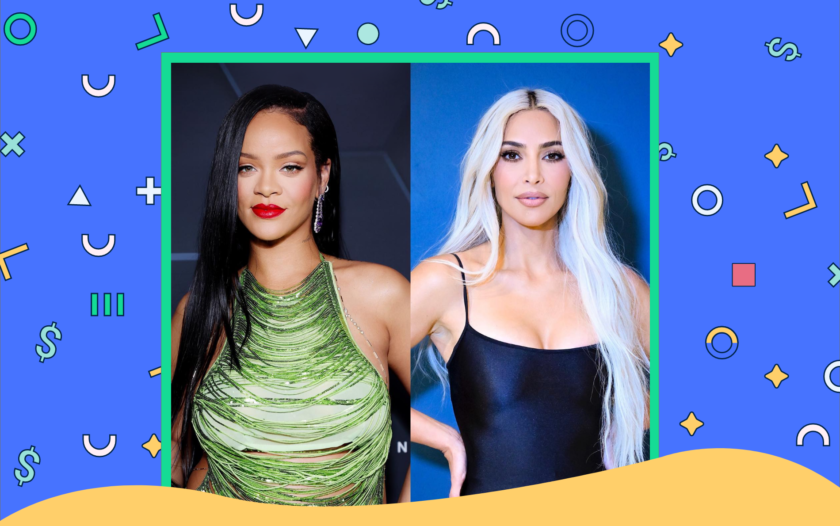 U.S. billionaires got $1.8 trillion richer during the pandemic, according to a report by Americans for Tax Fairness (ATF) and the Institute for Policy Studies Program on Inequality (IPS) Enough. That’s right, the ultra-wealthy got even wealthier during a time when millions of Americans lost their jobs and struggled to pay for necessities such as food or rent.

The contrast is stark, and it gets even starker. The average person carries debt, including student loan debt, and pays taxes. Billionaires? They have debt too– and they leverage it to avoid paying taxes. Here is what we will learn about in this article:

What it looks like to be a billionaire in 2022

As of 2021 billionaires in the U.S. had nearly twice as much combined wealth – $4.56 trillion – than the bottom half of Americans ($2.62 trillion.) Finance and investments produce the most billionaires followed by the tech industry. And then you have some standouts in the fashion and beauty industries. This year Rihanna made the Forbes’ annual list of America’s richest self-made women. The 34-year-old singer and founder of Fenty Beauty, which is reportedly worth $2.8 billion, is the only billionaire under 40 to make the list and she managed to knock Kim Kardashian, reality star and CEO of Skimms and KKW Beauty, to second place. In other words, it is pretty nice to be a billionaire. But it gets even better for this special group.

ProPublica, a non-profit newsroom that investigates abuses of power, obtained and released IRS data on tax survey that shows how the likes of Jeff Bezos, Elon Musk and Bill Gates pay very little taxes. “The IRS records show that the wealthiest can — perfectly legally — pay income taxes that are only a tiny fraction of the hundreds of millions, if not billions, their fortunes grow each year,” according to ProPublica.

And leveraging debt is one way this happens. Here’s how.

First, when it comes to non salary-related income, only profit is taxed. That means that while you can report a very high total number of money at the end of the year, you can also offset the amount of taxes that you owe by reporting a very high total number of expenses. Let’s take the example of Jeff Bezos, who, in 2007, paid zero dollars in federal income tax, according to ProPublica’s investigation. That year, Amazon’s stock nearly doubled. And Bezos reported $46 million in income, mostly from interest and outside investments. That entire amount was off-set by various expenses.

Second, when it comes to stocks, you only pay taxes on a stock once you sell it – a capital gains tax on the profits. But billionaire tech giants hold onto their stock – this is called unrealized gains, and Silicon Valley fortunes are built on them.

So, what does debt have anything to do with it? Well, if billionaires don’t report income and don’t sell their stock, you may be wondering how they maintain their lavish lifestyles. Enter loans. “For regular people, borrowing money is often something done out of necessity, say for a car or a home. But for the ultrawealthy, it can be a way to access billions without producing income, and thus, income tax,” according to ProPublica.

Since loans have to be paid back, they do not count as income. And the wealthiest people have plenty of collateral, such as the shares they hold. So they can hold onto shares, use them as collateral without cashing them out, and get access to cash without paying taxes on it, since it’s technically borrowed money.

According to a report from the U.S. Department of the Treasury, the wealthiest Americans may avoid as much as $163 billion in income taxes every year. “As long as you’re adhering to the law, everything’s fair game,” certified financial planner Sharif Muhammad, founder and CEO of Unlimited Financial Services in Somerset, New Jersey told CNBC in a recent interview.

The real difference between billionaires and the average American

There are different ways to do so, but declaring as little income as possible is basically the name of the game for a super wealthy person who wants to avoid paying taxes. On the other hand, the average American household includes people on a payroll, which is synonymous with higher tax rates.

So if you compare dollar to dollar, billionaires pay less taxes on average than American working families. According to a Biden administration analysis, billionaires only pay 8.2% of federal income tax on average, compared to 14% for the median American household. Tax inequality is real, and this is why so many people care about tax reform. Because, after all, these forms of tax avoidance are technically legal.

Related: How the average American can get out of paying taxes like billionaires

You may not be able to use your debt to get out of paying more taxes but you can consolidate your debt.

While debt can be a burden, it can also offer some tax advantages. For example, the interest on a mortgage or student loan is often tax-deductible, which can save the average American hundreds or even thousands of dollars each year. Additionally, small businesses can often deduct debt from their taxes as well. As a result, taking on some debt can actually be a smart way to reduce your overall tax liability. Of course, it’s important to manage your debt responsibly and not take on more than you can handle. But if you’re strategic about it, debt can be a tool to help you save on taxes.