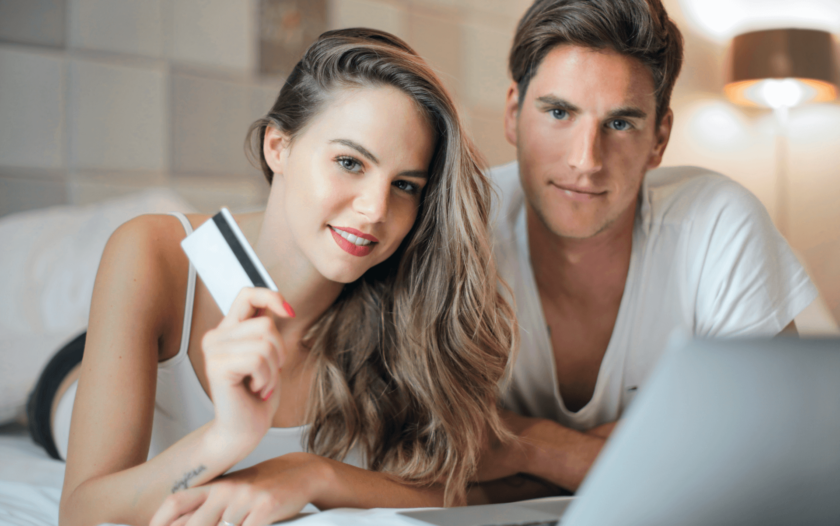 Picture this: Dramatic boxing intro music plays. The camera swoops over a crowd of thousands—all wearing masks, adhering to the arena’s social distancing guidelines. They’re raucous and ready for a primetime showdown. An over-animated logo takes over the screen. It reads: MEN VS. WOMEN – CHAMPION$HIP BOUT. You reach for your popcorn.

There are plenty of studies and articles about how men and women manage money differently. Of course, nobody wants to make the claim for one side or the other. But that neutrality ends here.

The money match: Men vs. women

Welcome to the main event, the moment we’ve all been waiting for: a decisive (albeit divisive) conclusion about who’s better with money. In one corner, you have the guys—proud, limber, a bit sweaty. In the other corner, the ladies—confident, focused, cool as a cucumber.

Round 1: Who’s better about spending?

According to an oft-cited 2007 study from the Wharton School of Business at UPenn1, men seem to spend slightly more than women annually. Typically, men spend more on food, transportation, and entertainment, while women spend more on clothing, personal care, and healthcare.

If we look at total spending, women would have the edge in Round 1 because they spend less. However, as a percentage of income, men would get the edge because the median male salary is about 19% higher than the median female salary.2 (Yes, the wage gap still exists in 2021.)

But, when you consider that women account for 70-80% of all purchasing3 —they tend to do a majority of the shopping for their families, including groceries and everyday household items—and they’re more likely to take advantage of sales, they regain the advantage over men.

Round 1 goes to the gals.

Round 2: Who’s better with saving?

TurboTax did a study in 2013 that claimed, on average, men save more than triple the amount of money as women.4 But again, if we look at savings as a percentage of income rather than a total, various surveys have found that women save larger portions of their salary in 401(k)s and IRAs.

All looks good for women until we consider compound interest. Since men put more money into their savings accounts, they ultimately earn more interest on top of those larger initial amounts than women do. When you combine lower compound interest with the fact that women are more likely to take family leave time when they have children, men’s retirement savings dwarf those of women.

At the end of the day, you don’t care about what percentage of your income you saved—what matters is how much money is in that retirement account.

Two cheap shots swing Round 2 in favor of the men. (Hey, nobody said this was going to be a fair fight.)

Round 3: Who’s better with debt?

According to Experian and Vanguard, women borrow less money than men, often putting men in deeper debt. The only type of debt in which women exceed men is student loans—probably because they’re more likely to go to college. Women’s difficulty paying off student loans could be attributed to the pay gap we mentioned earlier.

But overall, women are more likely to pay off their debt than men.5 They are also more likely to enlist the help of credit counselors, while men tend to wait until things get dire. To knock out debt, men often try to find additional sources of income or increase their salaries. Women turn to budgeting and cutting unnecessary expenses, one of the best ways to pay off debt.

Round 4: Who’s better about planning?

We saw men win Round 2 because of how much money they’re able to put away for retirement. But does that mean they’re better at planning, too?

Financial goals don’t differ too much between men and women, but men seem to prioritize things like buying a home, getting a new job/promotion, and saving for vacation, while women focus more on paying off student loans, boosting their credit score, and getting out of credit card debt. In a sense, men have more of a long-term vision and women like to knock out the short-term goals on their way to bigger ones.

In various polls, men tend to set bigger goals—though sometimes they may be unrealistic— while women aim lower. This can be directly related to women’s disproportionate earnings and their greater fears about saving enough for retirement. Those fears are justified, given that women are much more likely to come up short with retirement savings.

Men take Round 4, and it looks to be an even fight heading into the final round.

Round 5: Who’s better with investments?

Men and women have very different views on investing, and it shows.

Guys are more interested and well-versed in investment strategies, and their confidence makes them more likely to take risks. Sometimes these risks can lead to huge returns, other times to unfortunate losses. Women are much more conservative when it comes to investing, which makes them less likely to earn a fortune but also less likely to lose money in an economic slowdown.

Turns out, the long-term strategy works slightly better than the high-risk, high-reward approach. According to a Fidelity survey, women’s investment portfolios outearn men’s ever so slightly.6

And, in an absolute shocker, Round 5 goes to the ladies.

We already know that, on average, men earn more money than women do. But, one look at our judge’s scorecards tells us that guys would be better off letting a female partner or friend handle their finances. Humility and a willingness to ask for help could go a long way for men.

And, similarly, women could benefit from learning more about investments so they can be more confident about the way they save and invest for the future.

It’s hard to argue that women are not the clear winners here, but as a man writing this, I will never admit defeat. I demand a recount.

Do Gay And Straight Couples Talk About Money Differently?