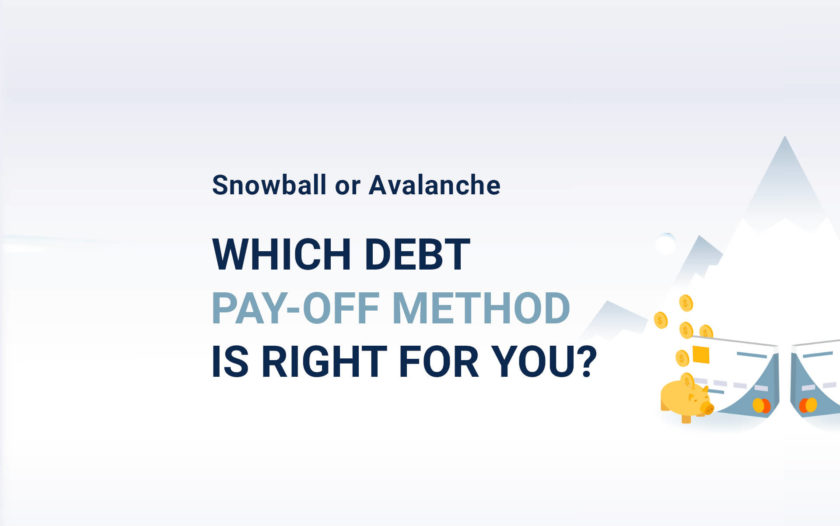 There’s plenty of information out there about the debt snowball and debt avalanche payoff methods. But how do you know which one is right for you? What if it’s neither? Learn the ins and outs of the two major repayment methods and when to use each—plus, get to know a few other alternatives that might fit your needs.

Paying off debt can feel overwhelming, but deciding on the right strategy for you can help ease the burden. The debt snowball vs. avalanche is a common debate, but is either the best way to pay off debt? That really depends on the user. There are several hybrid methods that pull from elements of the debt snowball and debt avalanche methods to better fit users’ motivations and goals.

What is the debt snowball method?

Before really going to work on the debt snowball method, experts suggest starting an emergency savings of at least $1,000 before diving into repaying your debt.

The idea is to pay as much as possible toward your smallest balance while making minimum payments on all other debts. Once the first debt is paid, use the money you would have paid for that debt toward your next highest debt, repeating the process until you’re out of debt. While you likely won’t save as much on interest fees with this approach, you may experience positive psychological effects from small victories.

What is the debt avalanche method?

Plug your numbers into our debt repayment calculator to see how the debt snowball and avalanche methods will work for you.

Deciding which approach to debt repayment is best for you can be difficult. With either method, the top priority is eliminating debt. But ultimately the decision will depend on your goals and priorities.

If you are motivated by math, i.e., saving money on interest, the debt avalanche approach may be the better fit. But how much you save will depend on several factors, including the difference between your highest and lowest interest rates.

But most consumers find that the debt snowball method is the best way to stay on track.

When to use the debt snowball method

If you’re eager to see progress sooner rather than later, then the debt snowball method may be the way to go, especially if this approach will keep you motivated and on track to paying off your debt. A debt snowball calculator can help you determine how quickly you’ll be able to do just that.

Related: How to Start a Debt Snowball

When to use the debt avalanche method

If you’re patient and don’t mind waiting a bit longer to reach your first “victory,” the debt avalanche method is a solid choice. You’ll also be better positioned to look toward the future as you’ll ultimately save money on interest.

If neither the debt snowball or debt avalanche approach feel right for you, there are some alternative repayment methods that combine factors of each strategy.

One way to combine the debt snowball and debt avalanche approaches is to separate your small and large debts.

You’d still make minimum payments on all accounts, but throw as much as you can at the particular balance you’re focusing on. Say you’re able to put an additional $300 toward the account you’re focusing on. You will have paid off your original balance of $24,700 in 38 months.

This approach gives you a balance between early victories (you’d pay off your first two debts in five months) and interest savings ($2,642.61 in total interest).

Change your strategy based on type of debt

Another way to use the snowball and avalanche approaches together is to change your approach based on the type of debt you’re paying down. The idea would be to start off by paying down revolving debt like credit card debt, which is generally unplanned, with the snowball method.

Once you’ve paid off those debts, switch to the avalanche method to pay down installment debts, like student loans and auto loans.

Using the same example as above, you’d start with the credit card instead of the personal loan.

This approach would offer a similar balance between quick wins and savings on interest. While you’d pay off your debt in the same amount of time as the first alternative, you’d pay slightly more in interest ($2,651 total).

Be flexible with sizeable extra income

Take the same example from above and say you earn a $2,000 bonus at work that you’re planning to put completely toward paying down debt. You’ll be able to pay off your credit card ($900) and personal loan ($500) in full before moving on to your auto loan.

Use the debt-to-interest ratio strategy

This strategy may be a bit complex, but it can be a good way to get the best of both worlds out of the debt snowball and avalanche methods.

This hybrid method—initially coined the “debt spiral” method by blogger Frugal Fan in 20151—uses the debt-to-interest ratio to determine the order you’ll pay off the balances.

As with the debt snowball method, you’re still starting with the credit card balance, so you’re still earning a fairly quick “win” that will likely help you stay motivated. But you’re paying significantly less interest, saving $1,069.81 compared to the snowball method. The debt avalanche approach would still save you slightly more and take a little bit less time, but the difference is only $136.22 and one month, respectively.

If it’s important for you to get a victory quickly while also saving money in interest, this hybrid method could be a good approach for you.

Recommended: 7 Debt Snowball Mistakes (and How to Avoid Them)

7 Debt Snowball Mistakes (and How to Avoid Them)