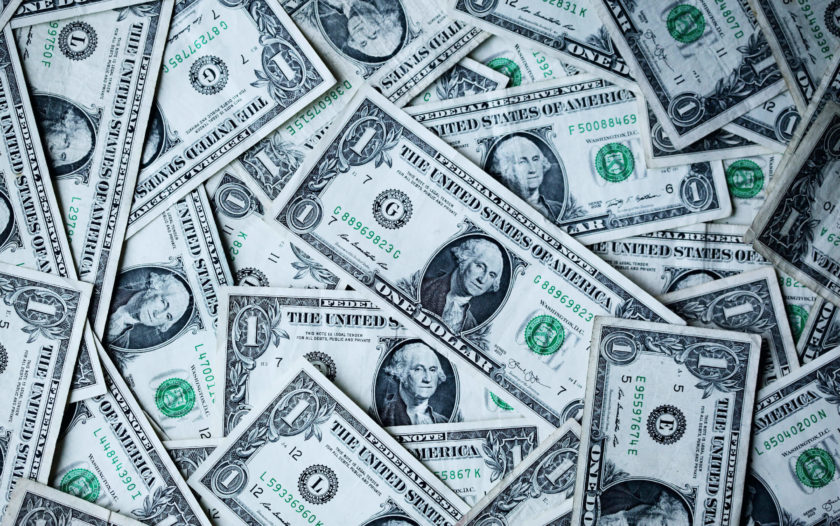 This isn’t another one of those stories from a certain website where it turns out the solution to your money problems is just to have rich parents.

“I did this all [by] myself,” said Leslie Ann Spence, a nurse informaticist. “Nobody helped me. My parents aren’t rich by any means. I had to take out the loans. I had to take out the credit cards. You see these articles all the time where people are like, ‘I paid off my debt,’ and then you read the article and you see, well, they came from a trust fund and so obviously they can pay off their debt. I’m a real person who really did it.”

When we say real-life stories, we mean real.

Spence, 31, of Little Rock, Arkansas, is one of many Americans who has successfully implemented the debt snowball method, popularized by polarizing personal financial advisor Dave Ramsey.

I just made the final payment on my final student loan for my bachelors. I don’t quite know how to process this feeling. I’m going to enjoy this feeling for 5.3 seconds and then start the plan for paying off my masters. #debtsnowball @DaveRamsey

We spoke to three individuals and one couple who’ve used the debt snowball method to answer the age-old question: Does debt snowball really work? These are their stories. Dun, dun.

Donny, 31, who works at a bank outside of Raleigh, North Carolina, and didn’t want to share his last name, put the pedal to the metal on his debt repayment journey during the spring of 2019.

Laura Moon, 31, a landscaper from Sullivan, Maine, said she took a hard look at her finances when she started journaling in August 2020, five months into the coronavirus pandemic in the U.S.

And Spence said she just straight up despises owing money to anybody, especially the government. So, she decided to do something about the roughly $75,000 she owed in credit card and student loan debt from her undergraduate and master’s degrees, the latter of which she completed in November 2020.

By using the debt snowball method and living well below her means, Spence completely eliminated her private student loan debt and credit card debt, and as of late February 2020, she was down to about $28,000 in federal student loan debt. Spence says if she continues with her regular payments, she’ll be completely debt free by 2024.

Both Donny and Moon sought some inspiration for their debt repayment journeys from television or books.

According to Donny, he hadn’t really thought too much about his debt until a coworker who was obsessively using the envelope system—a physical way of dividing up your monthly budget—turned him on to Ramsey. Donny, who considers himself an “amateur prepper” said the debt snowball method reminded him a bit of Doomsday Preppers, a NatGeo show that’s pretty much exactly what it sounds like.

In both prepping and the debt snowball method, Donny said he was able to take away a little bit here and there to make it work for him.

Paid off another CC yesterday thanks to aggressive saving, working my pt job and that stimulus check coming through. I beat the balance transfer cut off date by 3 weeks and just sent a message to Best Buy to close that card for good. I’m on my last CC of my in my #debtsnowball

Donny’s experience working in a bank helped him to some degree, but Moon said she really didn’t know where to start.

“I was completely financially illiterate, honestly, I was just like, I don’t know where to start, I need something,” she said.

That led her to download I Will Teach You to Be Rich by Ramit Sethi, which she said completely changed her life.

“The reason I chose the debt snowball is because it’s little wins when you pay something off, or you’re seeing that amount go down and down and down,” Moon said. “And it motivates you, and it almost challenges you. You’re just like, ‘All right, well if I put this much towards this debt, where will that put me?’ And the more money that I paid off, the more money I can put toward my last biggest debt, which is very satisfying.”

What is your favorite method? 💵#debtsnowball or #debtavalanche ??
I love paying off my smaller debt first! Is it the best? No? I have a credit card that has HIGH interest! However, I feel AMAZING and motivated to pay off the smaller debt I have! #achieve #Manifest #moneygoals

While Donny said he hasn’t tracked everything to a T, he’s followed some of the more traditional advice for how to start your debt snowball. Check out what steps Donny took to get his snowball rolling. 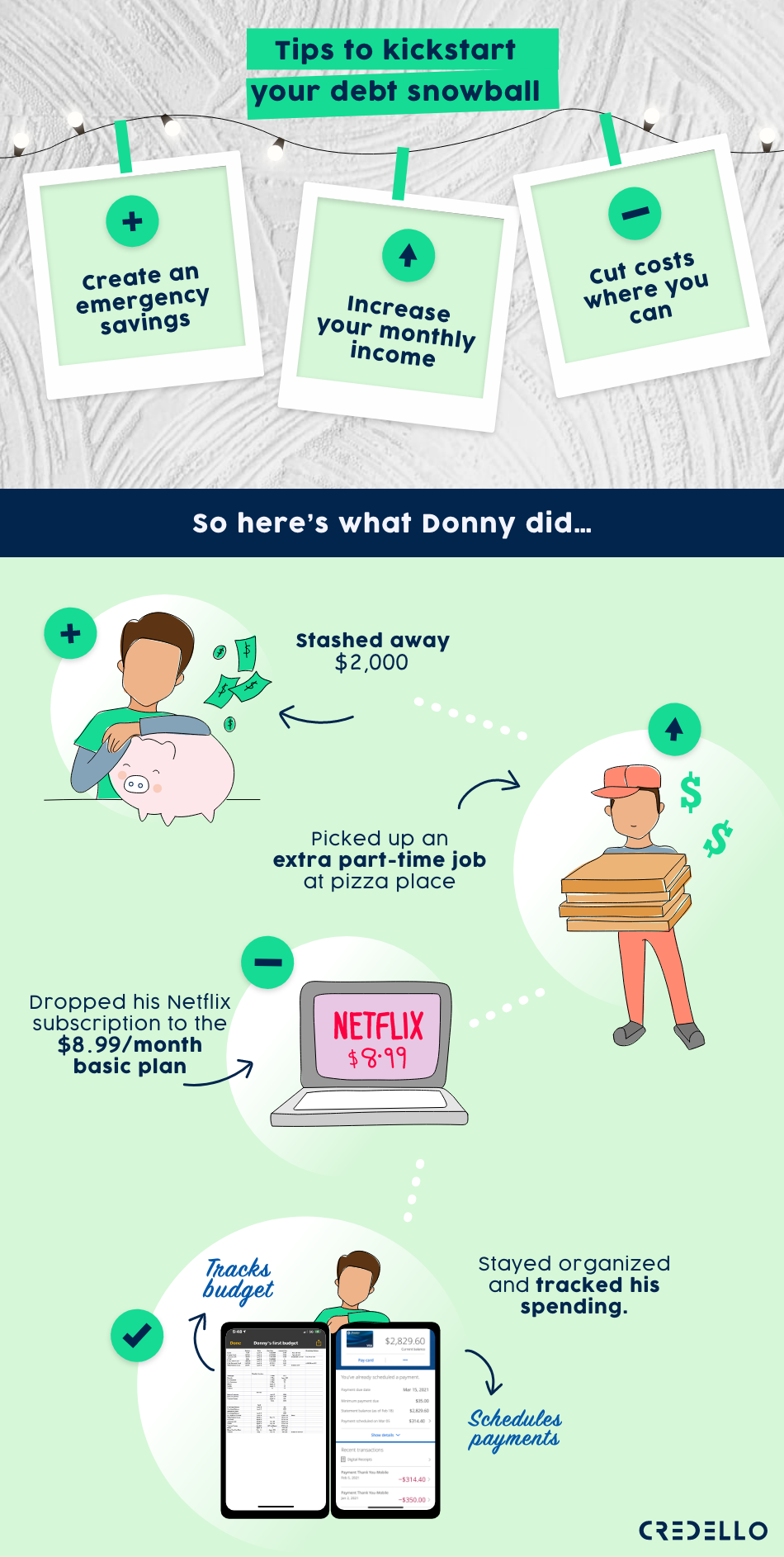 Related: How to Start a Debt Snowball

Every little bit helps, as Spence learned through her “No Spend February” experiment. The challenge is to only pay for bills and utilities and put whatever you save at the end of the month toward repaying your debt. Spence said she discovered that she spends almost $600 a month eating out and will try to continue doing “no spend” months every other month as she continues to pay down her debt.

Meanwhile, Donny said he had four or five credit cards or lines of credit when he started, but he’s down to just one credit card, which was a balance transfer that he’s planning to pay off before the intro offer expires in November. Other than his mortgage, Donny said his other debts include his car lease, which he’s planning to buy out this month, and roughly $18,000 in student loans, which he said he’ll be able to attack when he eliminates his car payment.

It may sound cliché, but the folks we talked to on their debt repayment journeys either directly or indirectly alluded to the life-changing effects paying down debt has had on them. Clichés are clichés for a reason, right?

“My life changed when I started paying attention to where my money went,” Donny said. “I make a decent income, but I didn’t have any money at the end of the month. And it made me nervous every single month. Figuring out bills was stressful. But once I created a budget, and I stuck to that budget, and I knew where my money was going, and I had a plan, I was a lot less stressed out.” 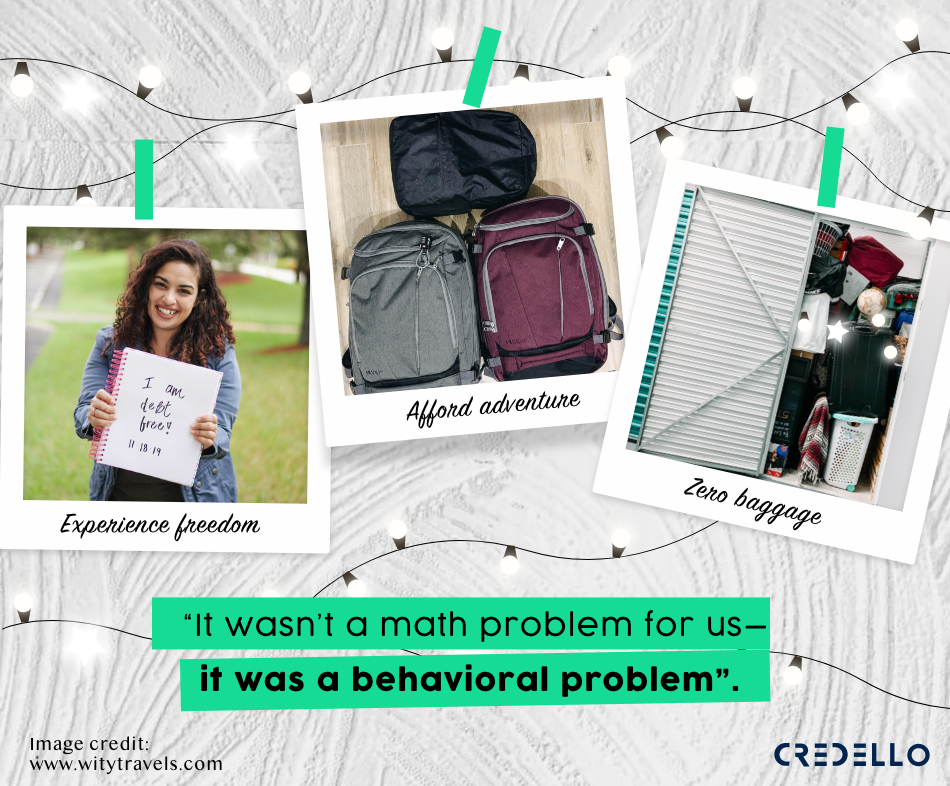 Debt free and the living’s easy. —What people who don’t have debt say, probably

Will Williams and Katy Rivera, a married couple who recently left their traditional jobs in South Florida to travel the world, are doing it right.

“Everyone’s North Star and their goal is, ‘Hey, we got to buy a house,’ right? And it’s not, we need to save up enough money to buy a house cash,” Williams said. “It’s like, ‘We need to save up 10 to 20% and buy a house.’ For us, that’s not something that we’re ultimately passionate about—perhaps down the road—but ours was really traveling.”

Rivera said that on top of the couple’s passion for traveling, the pandemic really put things in perspective, and they ultimately decided that before they have kids, this was the time to travel. While they’ve left behind their more traditional jobs, they’re hoping to create a brand out of Wity Travels, an amalgamation of their first names. Aren’t they witty?

At one point, the pair had about $80,000 in combined debt, but by downsizing and minimizing spending, they’re now completely debt free.

Despite getting a free ride to college, Williams, who spent more than a decade working in the corporate world as a business analyst and project manager, had racked up the lion’s share of the couple’s debt on credit cards.

The couple decided early on in their relationship that they didn’t want to build more debt and ultimately made a drastic lifestyle change.

“It wasn’t a math problem for us—it was a behavioral problem,” Williams said. “We just kept spending. So really once we paid off our smaller credit cards that we had it really did [create a] snowball of momentum. If we would have tried to attack our biggest loans, we might still be struggling with it, unfortunately.”

Rivera started renting a room from her cousin, and Williams bounced around different Airbnbs to cut costs on living expenses. And they already were pretty good about thrifting.

Growing up in the church, Rivera said she’d heard a lot about Ramsey and his book Financial Peace, so they decided to try the debt snowball method over the debt avalanche method, which is when you attack your highest interest debt first.

Rivera, who left her full-time role at a non-profit in early December, still is putting in about 20 hours a week there as the couple travels. With Rivera carrying about $12,000–$13,000 of the couple’s debt, they worked to knock off hers first. It took her about a year to become debt free in November 2019.

Williams said he paid off his remaining debt a few months later.

The average wedding in the United States costs nearly $34,000, according to The Knot’s 2019 Real Weddings Study. Williams and Rivera budgeted $15,000 for their wedding, and they said they came in under budget because it was a “super simple” wedding, and they ended up having to cut down the guest list because of coronavirus safety guidelines.

Just a couple of months after getting married, they began their adventure in the Balkans. While they used the debt snowball method to get out of debt, now that they’re traveling, they’ve implemented the ol’ envelope method.

But they almost weren’t completely debt free before embarking on their journey. They realized shortly before they left that they didn’t own their phones outright, but they paid those off a month before they left.

“We were telling everyone we were debt free, and we owed $600,” Williams said while laughing. Rivera said they came to the realization when they decided to suspend their phone service as they wouldn’t need it abroad.

“We realized ‘Oh snap, we technically don’t own our phones. It’s technically a lease,’” Rivera said. “And, so we’re like, all right, let’s just go pay these phones off right now.”

Recommended: 7 Debt Snowball Mistakes (and How to Avoid Them) 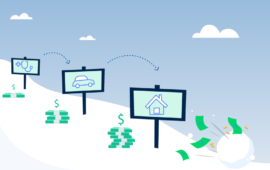 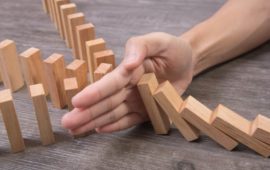 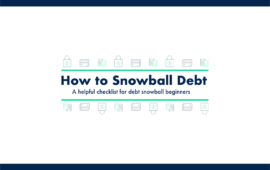 How to Snowball Debt 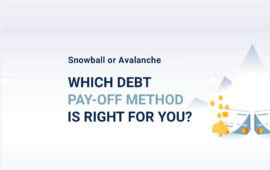 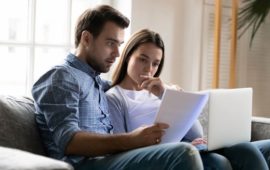 7 Debt Snowball Mistakes (and How to Avoid Them)