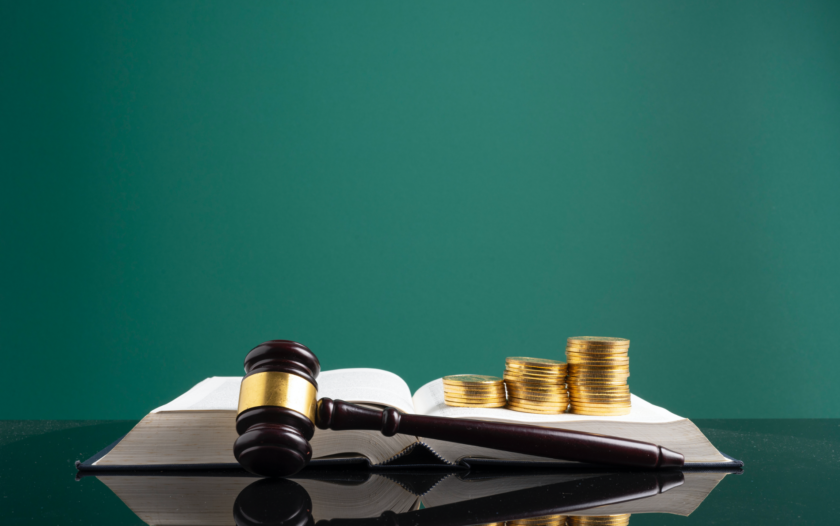 Current law school debt is the highest that the average debt for law students has ever been, which could be why law school enrollment is at its lowest point since 1973. While that debt may be worth it if you get the post-law school job and salary you’re looking for, it can also be a huge burden when starting the rest of your life.

Paying off student loan debt can feel overwhelming, but there are things you can do to pay it off and become debt-free. In this article, read more about:

What is the average law school debt?

The average law school student graduates with about $160,000 in student loan debt, which includes undergraduate loans. Excluding pre-law taken to earn a bachelor’s degree, and only looking at loans taken out for law school, the average debt is about $118,400.

In fact, more than 74% of law school students graduate in debt, and the average law school debt has increased four times faster than the rate of inflation.

According to education data, between 41-100% of graduates of the top law schools will graduate in debt, with the average borrowed amount ranging from $61,500 to more than $200,000.

Some other facts about law school debt and those who have it:

To get an idea of how much the average law school debt would cost you, you can use a law school loan payment calculator or other debt payoff calculator to estimate potential costs, including the loan amount, interest paid, and average monthly payments.

There are primarily three types of loans, each with different interest rates. Graduating lawyers may have one, two, or all three types after they graduate:

Private loan rates can be either fixed, meaning they won’t change over the life of the loan, or variable, meaning they can change throughout the years. Rates can start as low as 1.49% but reach 13% or higher.

Getting through law school debt-free

When most students decide to go to college, there are a couple first steps they take:

Some students only apply to schools where they know they can get the most scholarships. Others apply for schools they want to go to, and attempt to get scholarships from outside resources.

However, some experts recommend balancing choosing the school with the best scholarship opportunities with choosing one with the best chance to pursue your desired career and get hired after graduation. While you may have to take on more debt to attend a better school, the guarantee of being hired and making a good salary after graduating may outweigh other options.

It will likely be very difficult to get through law school without any debt, but important steps you can take to help include:

Once you’ve graduated from law school, you’ll need to start repaying your debt within a few months. Deciding the right strategy to pay them off can depend on the salary of your first job.

Some other options for paying off debt include:

Remember that how much you have to pay off depends on the interest rate on your loans, how long it takes you to pay your loans back, and whether you qualify for any type of loan forgiveness or lower refinancing or consolidation rates. The longer it takes to repay them, the more interest will accumulate, and the more you’ll end up having to pay off.

How long does it take to pay off law school debt?

How long it will take to repay your law school debt depends on your repayment plan, income, whether you qualify for assistance or forgiveness, and how much debt you have. According to some sources, the average time to repay student loans after graduation is between 10-17 years.

Is law school worth the debt?

It is estimated that only about 23% of law students with debt say their degree was worth the cost, though that may or may not be linked to the student debt and could be because they aren’t satisfied with their job or the industry overall. Being satisfied with the school you choose can also influence this, since only 20% of graduates felt that their school prepared them for post-graduate life.

How much law school debt is too much?

Having debt is normal, but knowing how much debt is too much can help you avoid drastic measures, like filing for bankruptcy. Most experts recommend keeping your debt-to-income ratio (DTI), which is the amount of debt you owe divided by your gross monthly income, below 36%. Higher than that may be concerning. But keep in mind that student loans are considered “good debt” because they are increasing your net worth or boosting your future value, so they do not affect your credit score as negatively.

Should You Pay Off Student Loans or Invest?

How to Pay Off Dental School Loans