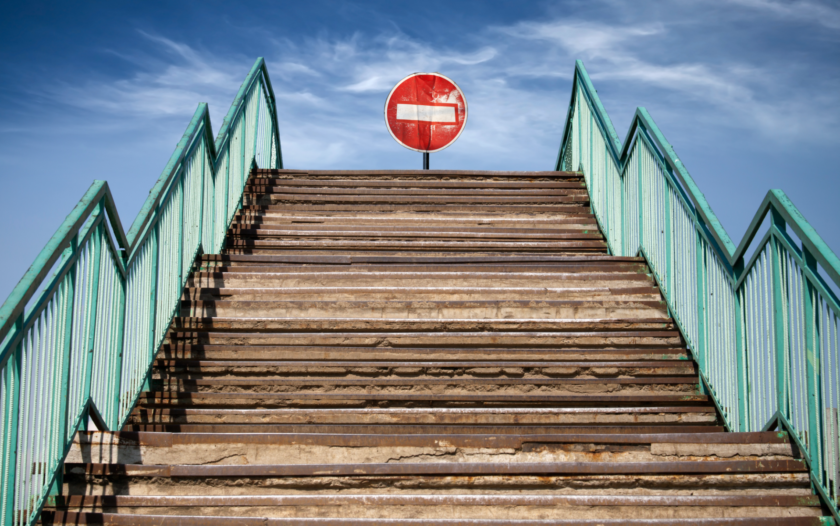 In this article, you’ll learn:

1. I deserve to buy myself nice things

Money is often viewed as a way to reward yourself. You work hard for the money, so it’s your prerogative to spend it on material possessions, right? Unfortunately, that’s the attitude that gets many people in debt and could be keeping you from paying it off.

Instead, try to find ways to treat yourself that don’t cost money, like taking a scenic walk or getting a new book from the library. Set a budget and stick to it if you really want to spend a portion of each payday rewarding yourself. Instead of $100 a month, could you deal with $50? Then, plan to allocate that extra $50 toward debt repayment.

#TLDR
I
There are ways to treat yourself well that don’t cost a thing.

2. I’ll never get this debt paid off

Especially in the beginning stages of debt repayment, it can feel like you won’t see a $0 balance in your lifetime. But to be successful in your debt-free journey, you need to stay the course and plug away month after month.

Unfortunately, those who keep the mindset that they’ll never get out of debt may be more likely to have debt in collections since they don’t see a way to repay it. And what happens if you don’t pay your debt is just that; your creditors will eventually sell the debt to a collections agency that then nags you to recoup what you owe. Since dealing with collections isn’t a fun thing, it’s best to focus on how to pay off debt now and avoid it entirely.

While it’s true the vast majority of people are carrying some kind of debt, that doesn’t mean you need to be like everybody else. If you decide to get out of debt, let that be a personal goal, and don’t compare yourself to others.

In fact, once you get out of debt, you may find that other people who are struggling with a large debt burden are coming to you for advice on how to get out. So even though many people carry debt, not everyone wants to.

#TLDR
I
Don’t use other people’s debt as an excuse to carry your own.

4. Some debts are good

Many people wonder if mortgage debt or student loans are good debt. Some experts say, yes, some loans are better than others. That’s because, with a mortgage or student loans, you have an asset in hand, a home or an education, and these loans often come with relatively low interest rates.

But just because you have good debt doesn’t mean it shouldn’t be paid down quickly. And you may be surprised at how much money you’re paying in interest, even on your “good” debts. So do some quick calculations using a loan payoff calculator to figure out how much you’re paying in debt and what you’ll pay over the life of the loan. Then, imagine what you could do with the interest savings from paying off good debt early.

You may feel like debt repayment isn’t as crucial if you’re younger because you have your whole life ahead of you. But incorrectly thinking you have all the time in the world is a belief keeping you from paying off debt and getting ahead financially.

A large debt burden may be keeping you from saving and investing for other financial goals. And a failure to contribute to other types of accounts is a major debt mistake to avoid when paying off debt. Plus, it’s when you save and invest that time is your best friend.

Compound interest is powerful when it comes to investments, but it can also hurt you when it comes to debt. A failure to quickly pay down debt means you may be paying unnecessary interest as it continues to compound for years down the road. So focusing instead on how time can help you grow your wealth may encourage you to pay off debt sooner.

#TLDR
I
The less time you are in debt, the more time you have to grow your money.

When trying to pay down debt, it’s important to avoid the temptation to take on more debt. For example, you may need to alter spending habits and use hacks like removing credit card numbers from your web browser or leaving credit cards at home when you go out to stores. You’ll also want to avoid paying down every debt simultaneously but instead use a strategy to pay them off one at a time.

What is the #1 reason that people give for not paying their debt?

There are a number of reasons people give for not paying their debt, including:

But each of these reasons can be easily managed with many of the tips we’ve included above. Don’t let these excuses hold you back from paying off debt.

Can Your Credit Card Rewards Make You Recession-Proof?

11 Ways to Make Extra Money During the Holidays

Is This the Messiest Financial Mistake You Can Make?

How to Avoid Debt Consolidation Scams

What Happens When You Don’t Pay Your Debt?

What is the Difference Between Credit Card Refinancing and Debt Consolidation?