Till debt do us part? Divorce is a huge stressor, and credit card debt can unfortunately make it even more stressful. But how is credit card debt handled in a divorce and how is the debt split?

Family law attorney, trained mediator and collaborative divorce attorney Melissa Fecak says, “Many couples live well beyond their means and carry tens of thousands of dollars in credit card debt. Like their assets – their home, retirement accounts, bank accounts, vehicles, etc. – the debt the couple carries is also divided in a divorce. Couples often do not realize how much debt they have until it is time to divorce and all the card statements are put on the table.”

How credit card debt is handled in a divorce

According to Lauren Cook-McKay, Director of Marketing and Content of Divorce Answers, you are contractually accountable for any debt that is in your name, even if your spouse was an authorized user who contributed to the balance.

“If you don’t pay your debt, the creditor can sue you and potentially try to collect on your portion of jointly owned assets if you don’t pay it,” she says.

But this rule of thumb depends on where you live among other specific factors. “How the courts deal with debt during a divorce is determined by where you file. Courts in common law states, which make up the majority of the country, are likely to hold you personally liable for credit card debt and jointly liable for the debt in both names,” adds Cook-McKay.

This, of course, doesn’t include obligations accumulated in your name previous to marriage, as well as debts incurred after separation or divorce.

Credit card debt division: Who pays for what

Plus, debt division can get more complex regardless of where you live, says Cook-McKay: “Even if you are not contractually liable for your former spouse’s credit card debt, a judge in both community property and common law jurisdictions may order you to pay a portion of it, especially if the debt was accumulated for household necessities.”

And since each divorce has its own set of circumstances, the period of separation and any agreement reached by the divorced spouses about specific debts are likely to be considered by the judge. “A judge may assign responsibility for debts in a way that differs from your contractual responsibilities to pay, but the judge’s order has no effect on your creditor contracts,” she explains.

There are other exceptions too. For example, what if a spouse used a credit card to pay for expenses related to an affair? If they used a credit card to fund an affair or other illicit activities such as gambling or drugs, they may be solely liable for that debt, explains Fecak. “But this requires going through credit card statements to show what are legitimate marital expenses and what is related to the illicit activity,” she says.”

Tips to avoid credit card debt issues during a divorce

“One thing I would tell people before they get married is don’t overuse credit cards during the marriage. Try to pay them off every month so as not to carry a balance. Check balances on credit cards regularly to make sure that the amount of debt is not getting out of control,” recommends Fecak. And if you are marrying someone who already is carrying a lot of credit card debt, she says you should consider a prenup with specific considerations.

“I have seen many cases where a spouse enters the marriage with credit card balances over $10,000, only to have the debt paid off during the marriage and divorce follows. The couple then fights over whether there should be some consideration to the non-indebted spouse because they contributed to the payoff of the debt.“

At the end of the day, Cook-McKay says that splitting the debt up as amicably as possible is always the most preferable option for your bank account. “In terms of attorney fees, messy divorces are also the most expensive. If you refuse to settle, a judge may take away your capacity to make decisions about your debt obligations on your own,” she says.

She also suggests creating your own credit and opening an individual credit card account as soon as feasible if you’ve been using a joint credit card for a long period of time. Just make sure to do so before canceling any joint accounts, as closing accounts has a negative influence on your credit score.

How is credit card debt split in a divorce?

It depends on where you live and whether you are solely responsible for the credit card or have a co-signed account. In common law states, you are personally accountable for debt under your name and both people are accountable for debt incurred under both names. In community states, both spouses are responsible for debts incurred during the marriage, and they are thus divided evenly. There are exceptions to the rule, such as whether the couple had a prenup, whether debt was accumulated during an affair or other illicit activities, or whether a judge makes a decision based on how expenses were incurred i.e., household items.

Is a wife responsible for a husband’s credit card debt?

She might be if they live in a community property state, or if she is the sole holder of a credit card and he was an authorized user on it without being a co-signer. 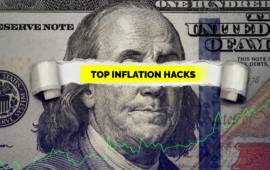 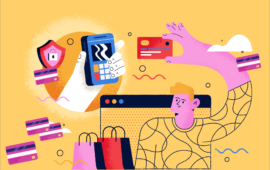 Why Did My Credit Score Drop After Paying Off Debt?

What Happens if You Don’t Pay Your Student Loans?

Can You Pay Off a Loan with a Credit Card

Should I Get a Personal Loan to Pay Off Debt?