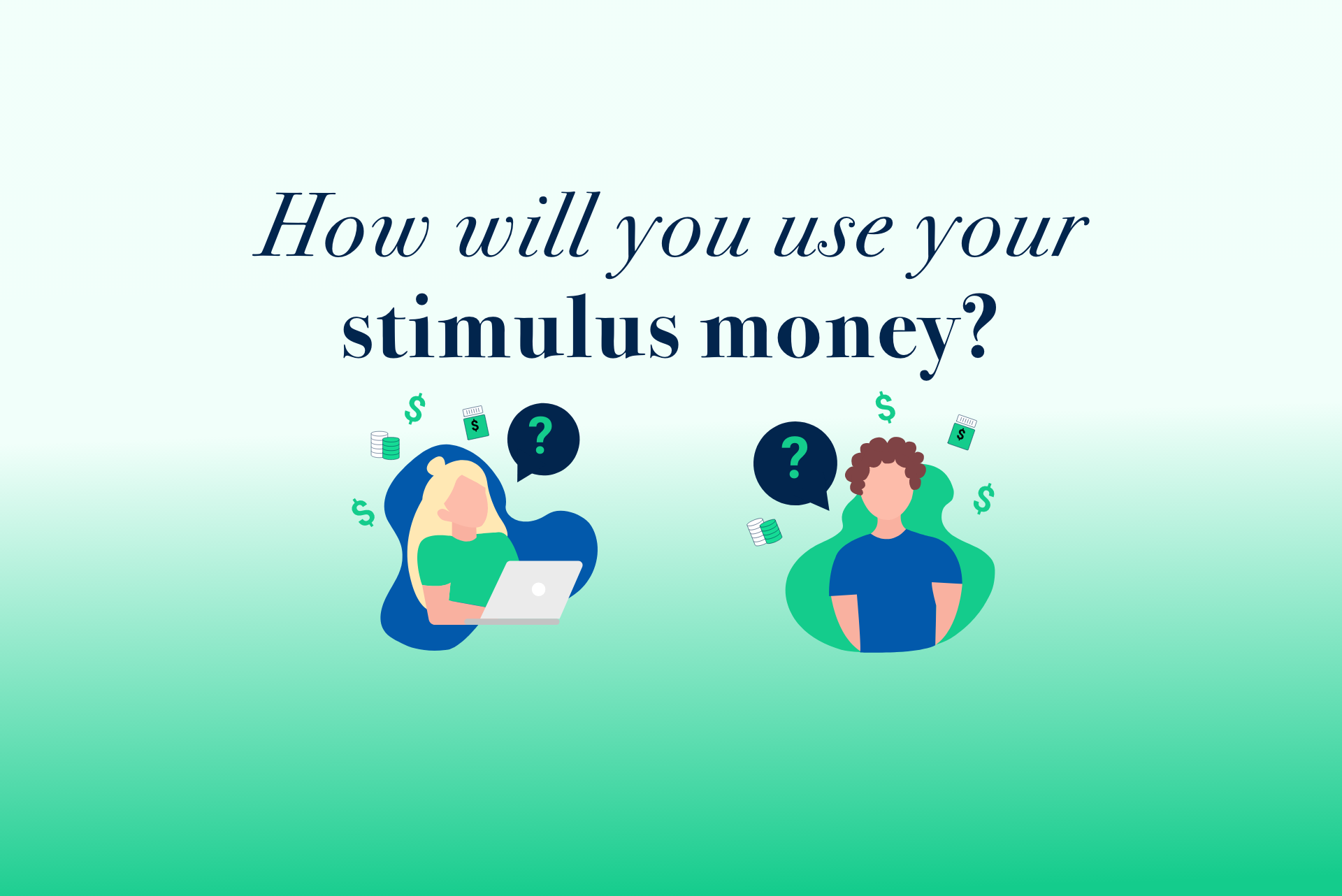 Stimmy Madness: How Will You Use Your Stimulus Money?

March Madness made its triumphant return in 2021 after a COVID cancellation in 2020. A number of early-round upsets busted our brackets faster than the pandemic busted our plans for last summer.

Overall, the tournament was a success, but the championship game was unfortunately a rout that never seemed close.

So, in the competitive spirit of March Madness, we created a bracket of 16 ways you can use your stimulus money. And we took to Twitter to narrow our list down to one winner. (Spoiler alert: the championship matchup was a nailbiter.)

What’s the best way to use your stimulus money?

Through the “American Rescue Plan,” people have received another round of stimulus payments of up to $1,400. While many needed the money to pay for necessary expenses—like rent or debt repayments—others were tempted to use their “Biden Bucks” for something fun—say, the elusive Xbox Series X.

We designed a bracket to help people determine the definitive BEST way to use their stimulus money—whether it was to pay off debt with the debt snowball method, invest it, or spend it on something they don’t need to “stimulate the economy.”

So, did people vote to use the money in a way their parents would approve, or did they choose to treat themselves? Time for some stimmy bracketology.

Because some Americans actually use the relief money to relieve their financial burdens, we started by dividing our bracket into two “regions”: one with 8 responsible options, the other with 8… less responsible ones. To each their own.

The Guilt-Free “region” of our bracket was truly a Cinderella story. In the first round, voters showed they would rather use their stimulus money to pay down credit card debt than to pay rent, which was one of our #1 seeds. The underdog tale continued into the Round of 8, in which credit card debt beat out emergency savings as the more popular use of stimmy checks.

But perhaps the real surprise came in the Frugal Four when paying off credit card debt toppled the regional favorite: investing in stocks. To that point, stocks had run over its competition and was poised for an easy path to the championship matchup. Credit card debt had other plans.

On the other side of the bracket, there were fewer surprises. After defeating its opponents handily in the first two rounds, a trip to Hawaii—the YOLO bracket #1 seed—faced off against the Xbox Series X/Louis Vuitton bag. That matchup didn’t disappoint, but Hawaii ultimately came out on top.

Then, it was time for the showdown we’d all been waiting for—the question many have asked themselves each time they’ve received a stimulus payment: To spend or to pay down debt?

In the closest Twitter poll that we’ve ever seen, we finally got our answer. Paying down credit card debt owned the first half and carried a lead as we entered the final day of voting. But then, like the wrecking ball it’d been throughout the stimulus tournament, the trip to Hawaii roared back and edged out the competition with a final score of 50.1% to 49.9%.

For all the marbles, what's the best way to spend your stimulus money?

What we learned from our stimulus bracket

If we learned anything through this whole stunt, it’s that people really really want to vacation to Hawaii. Aside from that, the championship matchup was enlightening. Nearly half of respondents voted to use their stimulus money to pay off their credit card debt, even with the flashy option of an exotic trip dangling in front of them.

These results not only prove how much people want to be free of debt—they show that debtors are willing to pay down their debt when they have the financial means to do so.

How to pay off credit card debt

If you’re looking to pay off your debt but aren’t sure where to start, you have plenty of options. Here are some ideas and helpful tips for what to do, depending on your situation.

If you’re short on money

You want to pay down your debt, but you don’t know where the extra money is going to come from. After all, you need to continue paying your regular bills to keep the lights on.

If you just need a plan

For people with the financial means and discipline for a do-it-yourself debt payoff strategy, these two methods are very common:

How Many Debt Accounts Do You Have?

Include credit cards and all loans except mortgage. Snowball method is applicable if you have at least two of these.

Keep your credit and loan statements handy to fill in balance, payment and rate details.

What Is a Hard Credit Inquiry?

How Will the New FICO Score Changes Affect Me?

What Are the Requirements for a Debt Consolidation Loan?