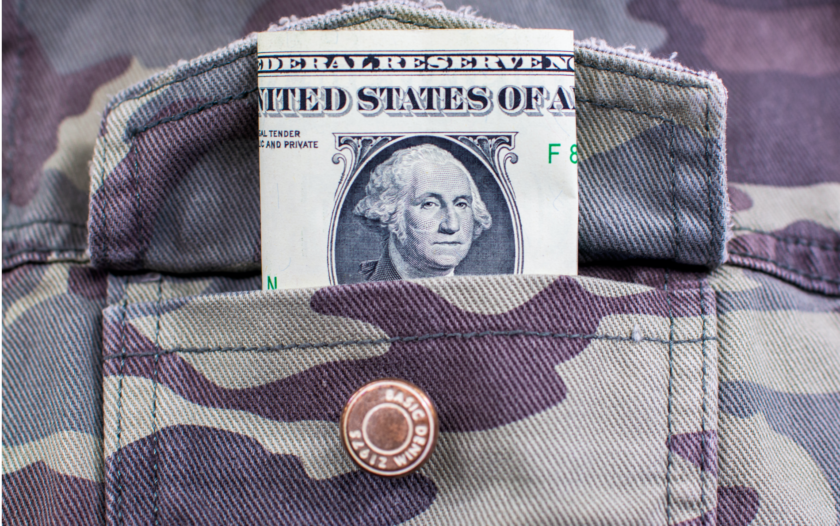 Just like civilians, members of the armed forces must pay federal taxes. While the Internal Revenue Service (IRS) attempts to minimize the difficulties for active-duty personnel, there are many types of pay and allowances in the military with different tax rules and regulations.

In this article, learn more about:

Do the military pay taxes?

Whether the military pays taxes depends on if it’s military pay (and what type of military pay), allowances, or bonuses. Military pay differs from military allowances, which are also different from things like hazardous duty pay, reenlistment bonuses, or tuition benefits.

For example, almost all military pay is subject to federal income tax, as is the military allowance called the Cost of Living Allowance (COLA) (when it is stateside). Military retirement income can be taxed at either the state or federal level; however, most states offer a complete tax break, or some form of tax exemption for retirement pay.

Most other military allowances are not subject to federal taxation, including:

Veterans who have separated from the military and suffer combat-related injuries are offered tax relief under the Combat-Injured Veterans Tax Fairness Act of 2016, which means they are not federally taxed on the Department of Defense one-time disability severance payment. Income earned while serving in a combat zone or direct support of operations in a combat zone is also excluded from income taxes.

Disability pay is also usually given a tax-exempt status.

Additionally, some tax breaks are affected by non-taxable military allowances. For example, veterans can claim a tax deduction for military uniforms you cannot wear when serving or off duty.

There are also other benefits when it comes to taxes, such as:

Related: Should I Use My Tax Refund to Pay Off Debt

It’s important to remember that state and federal tax guidelines change on a regular basis, so talk with a tax professional to learn more about your particular situation and ensure you’re up-to-date with the regulations.

Military money that does not have to be reported at tax time includes:

While members of the military have the same tax filing deadline in mid-April, there are some privileges that allow them to extend that deadline without being penalized. For example, those who are stationed overseas during tax season are granted a two-month extension to pay their taxes. Additionally, service members who have served in a combat zone recently have an additional 180 days (about 6 months) after returning home, plus the equivalent amount of time served in the combat zone, before filing.

For any time spent hospitalized due to injuries sustained in a combat zone, an extension of up to five years is granted.

These extensions apply to (but are not limited to):

When it comes to filing taxes, some online tax preparation services and national tax companies offer assistance in preparing military taxes. Most military bases also have volunteers who will help service members or their spouses compile and file federal and state income tax. The IRS and Department of Veterans Affairs also offer free tax preparation services to military veterans.

Are soldiers exempt from taxes?

Some military allowances are not subject to federal taxation such as the housing allowance, separate rations allowance, and basic allowance for subsistence. Disability pay is also not taxed at the federal level. However, there are a number of things that are considered taxable military/pay benefits, so soldiers are not exempt from all taxes.

How much of military pay is taxed?

Do soldiers pay taxes when deployed?

Soldiers who are stationed overseas during tax season are granted a two-month extension to pay their taxes. Additionally, service members who have served in a combat zone recently have an additional 180 days after returning home, plus the equivalent amount of time served in the combat zone, before filing. For any time spent hospitalized due to injuries sustained in a combat zone, an extension of up to five years is granted.

Yes, soldiers must file taxes at tax-time unless they are deployed overseas or meet other criteria. They can do so with assistance from online tax filing services, the IRS, Department of Veterans Affairs, or services offered on base by the military.

Why do some people find it too difficult to pay debts?